Have any questions? Get An Appointment

How Divorce Affects Your Taxes?

Home > How Divorce Affects Your Taxes?

How Divorce Affects Your Taxes?

Every day, about 2,400 divorces are filed in the United States, resulting in an average of 16,800 divorces each week and more than 875,000 divorces per year. Divorce affects 13.2 percent of the population in Florida, making it the fourth most divorced state. Many areas of a person’s life alter after a divorce, including their tax filing. Find out the answers to your tax-related problems, most importantly filing taxes after divorce.

How does Filing Taxes Change after Divorce?

The IRS distinguishes between married and unmarried taxpayers. After a divorce, the way you file your taxes can alter dramatically. Your filing status, for example, will change, and your tax rates may be higher than before.

How does Filing Taxes Change after Divorce?

Every day, about 2,400 divorces are filed in the United States, resulting in an average of 16,800 divorces each week and more than 875,000 divorces per year. Divorce affects 13.2 percent of the population in Florida, making it the fourth most divorced state. Many areas of a person’s life alter after a divorce, including their tax filing. Find out the answers to your tax-related problems after a divorce.

Change in Tax Rates after Divorce

When you divorce, your filing status changes from married to single or head of household, which means your income will be different because it is no longer combined with your partner’s income. This can result in a change in your tax rates to either a higher or lower tax rate. When filing jointly, your income is higher, so you pay more tax. When you divorce, your status changes, and if your income was more than your spouse’s, you would pay a higher tax rate as a single taxpayer. On the other hand, if you earned less than your spouse, your tax bracket as a single taxpayer will either remain the same or be lower than before. These also differ depending on whether you are a single person or the head of a household.

Can I Claim Tax Credits after Divorce?

Many parts of your tax situation change after a divorce, including your filing status, tax rates, and even tax credits. If you file as a single or head of the household after your divorce, you will very certainly lose any past tax credits you claimed as a married person. You may also be eligible for new tax credits following your divorce. These tax credits are primarily determined by who has custody of the children. If you are the parent without custody, you will very certainly be unable to claim these tax credits unless your ex-spouse does so on your behalf. As long as all other living circumstances are met, the custodial parents can sign a written declaration allowing you to claim those credits. Many tax credits are available to parents who have a dependent, including the child tax credit (CTC), the credit for other dependents (ODC), the child and dependent care credit, and the earned income tax credit (EITC).

How do I File Taxes if my divorce is not yet Finalized?

This is important to know if you have not yet finalized your divorce and need to file your taxes. If you have a final divorce decree, a decree of separation, or an annulment, the IRS considers you to be unmarried. If you do not have any of these documents by December 31, the IRS will consider you married and expect you to file your taxes accordingly. If the following conditions are not met by December 31, you have two options for filing your taxes: you can file a combined return as usual, or you can submit separate returns using the married filing status separately. If you and your spouse are still on good terms, it is recommended that you file taxes jointly because it saves money on returns.

SDG Accounts in Miami can assist you with your tax issues and filing taxes after divorce. We will provide you with the best advice at very cheap pricing. Book a consultation now at the link below! 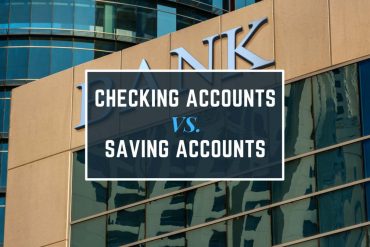 19 Aug
Many young adults in the United States open a bank account without understanding what it entails. They don't use the services they paid for; instead, ... 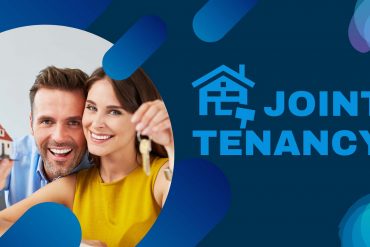 What is Joint Tenancy?

18 Aug
A professional and legal term for an arrangement between two or more people who own property together is joint tenancy. All property owners have the s...